The Labor Day weekend revelers were enjoying the water at Pirate Cove Marina when the boats collided in a stretch of the Colorado River marking the California border on Saturday around 8pm.

The victims were thrown off the boats in the impact and one vessel sunk, according to the San Bernardino County Fire District.

Authorities said 12 people were injured crash and one victim sustained life threatening injuries and was transported to University Medical Center in Las Vegas. 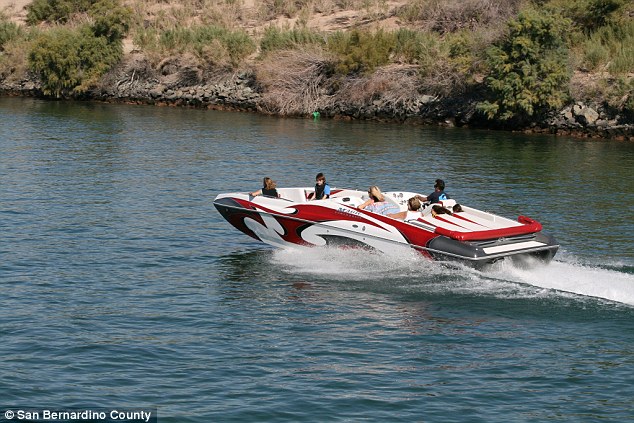 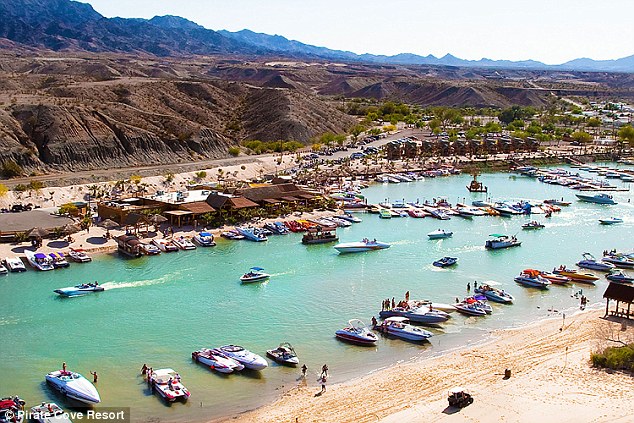 The crash took place at Pirate Cove Marina, pictured above, at 8pm. The impact was so strong that victims were thrown off board and swept three to five miles downstream 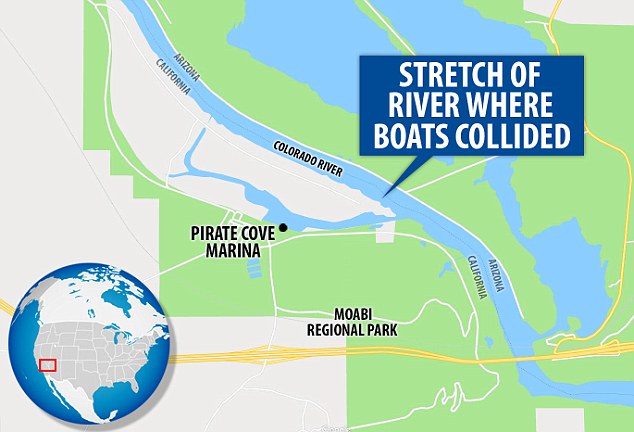 Another six were transported to local hospitals with less serious injuries, another six had minor injuries and only one requested to be hospitalized, according to Eric Sherwin, spokesman for the San Bernardino County Fire District.

Another two people were missing and ‘presumed submerged’.

Rescue crews scoured the water until 9pm, then the search mission was suspended as it became too dangerous for divers to be in the flowing water after dark. Search crews will resume Sunday morning.

Numerous boats were enjoying the water at the park on Saturday, a popular recreational area where the river’s depth ranges from shallow to 30 feet. 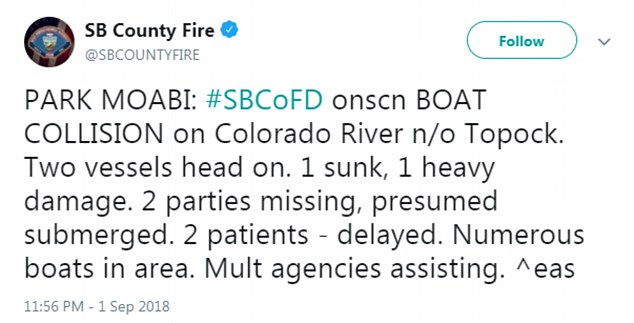 San Bernardino Fire Department announced the crash on social media, revealing that the two missing individuals were presumed to be submerged in the river 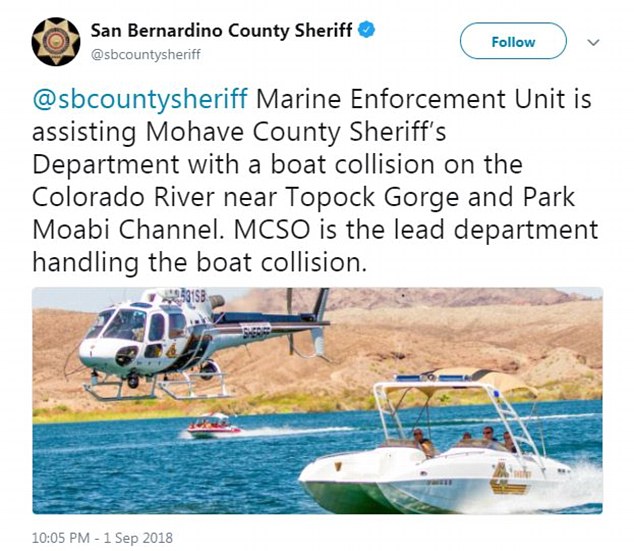 Cops say searches for the missing people will restart Sunday morning. Officials are unsure if alcohol is involved in the crash

Cops say those onboard the boats were thrown into the water by the force of the collision or jumped, and were then swept down the river.

‘We had victims of this collision that were located 3 to 5 miles downstream from the original point of impact,’ Sherwin said.

Sonar of the submerged boat did not show signs of the missing persons on board.  The other boat was badly damaged in the impact but remained afloat.

After the shocking collision other recreational boats nearby converged on the scene and downstream to help rescue victims, according to Sherwin.

Officials are unsure if alcohol was involved in the crash, according to .