Phil Neville did not want to cause a rumpus so he chose not to celebrate; England had just scored their second goal and were heading to the World Cup but the head coach was unmoved.

Inside, though, Neville was doing cartwheels. On a night when he had little to gain and everything to lose, persistence paid off. Wales may have snuffed out England’s women at Southampton in April in their last meeting.

But when it really mattered, they were blown away and this victory means England have won Group 1 to secure a trip to France next summer. 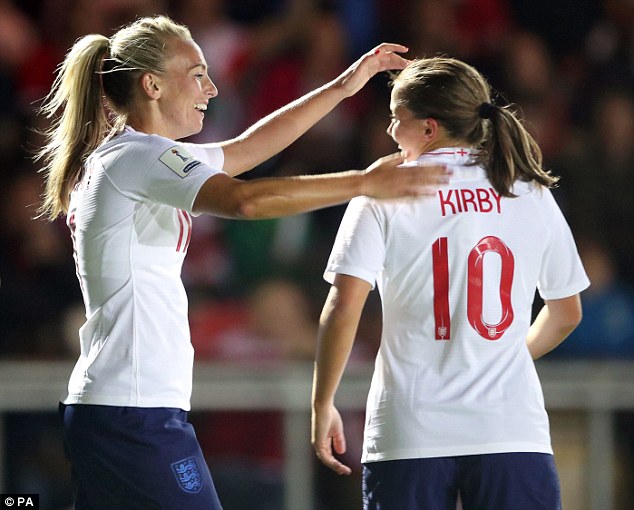 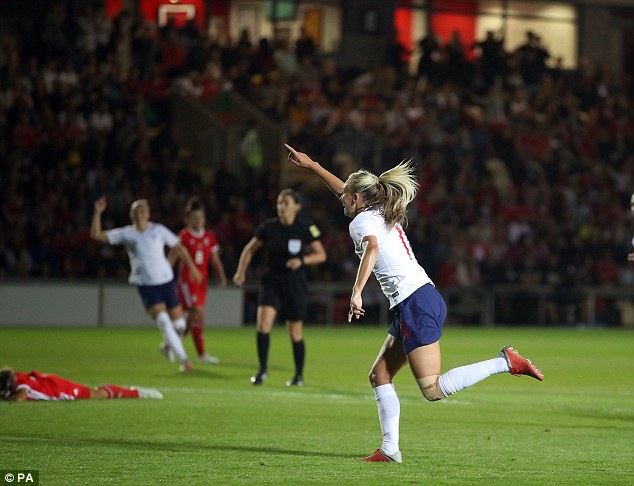 After being frustrated in the first half, England eventually demolished Wales. Toni Duggan, the Barcelona forward, opened the scoring in the 57th minute before Manchester City midfielders Jill Scott and Nikita Parris put a realistic look on a one-sided encounter.

Neville is normally animated character but he sat on his hands as the goals rained due to an incident in the seventh minute. He raced onto the pitch after it appeared Parris had broken the deadlock and never noticed the assistant referee’s flag disallowing the strike.

He immediately apologised to those Wales fans behind his dugout but they were not so forgiving, barracking him at every opportunity. If that gave him a headache, the laboured efforts of his team before the break were more painful to watch. 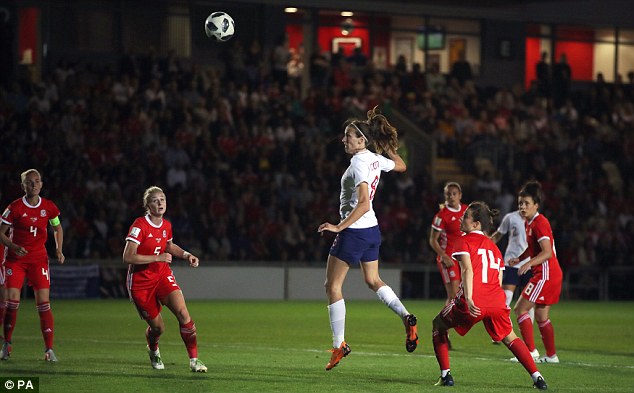 The situation, however, improved dramatically in the second half, as Duggan (58th) fired into an empty net; Scott’s glancing header (61st) put England in command and Parris (68th) finished the job to ensure next Tuesday’s trip to Kazakhstan is academic. (265)

‘They played like what they are in the second half – one of the best teams in the world,’ said Neville, whose only blight on the night was the sight of Chelsea’s Fran Kirby on crutches at the final whistle, nursing an as yet unspecified ankle injury.

‘I told them to relax. If they couldn’t relax at Rodney Parade, Newport, what chance would they have of relaxing in a World Cup semi-final? I would say for 30 minutes in the second half, it was the best we have played since I have been manager. My big players stepped up.’

Not one to dwell on the moment, Neville is already planning for France and he said: ‘I feel as if we have become a lot closer as a group. There is a special bond. I believe we can win the World Cup next summer. I want the girls to believe it too.’ 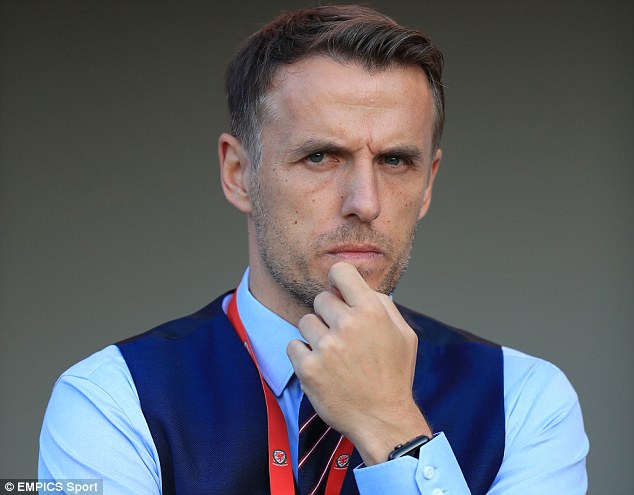