Grieving Meghan McCain’s husband, Ben Domenech furiously hit out at CEO Jack Dorsey Friday after the website kept an offensive tweet about his wife up for hours.

The publisher of The Federalist and CBS News contributor, shared how outraged he was after a doctored photo showed the daughter of late Senator John McCain crying at his casket with a gun pointed in her direction.

‘America this one’s for you,’ the caption read, much to the horror of libertarian and radio host. 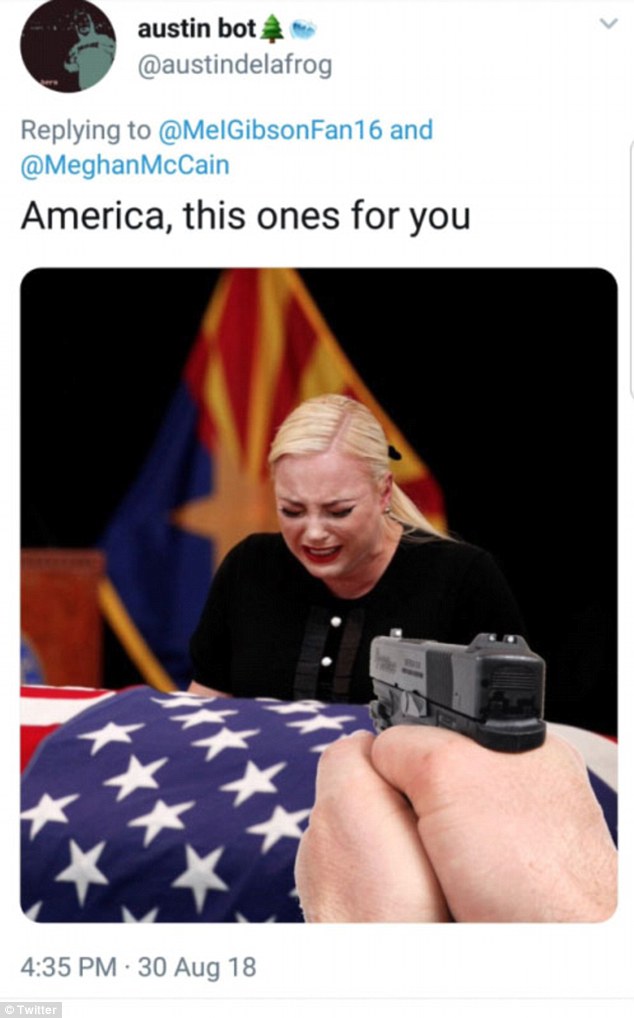 Meghan McCain’s husband, Ben Domenech furiously hit out at Twitter CEO Jack Dorsey Friday after the website kept an offensive tweet (pictured) about his wife up for hours 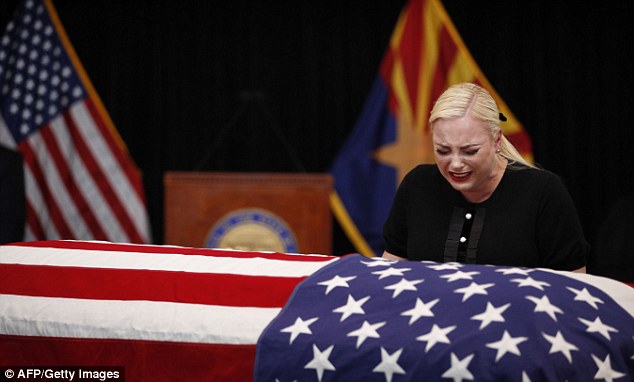 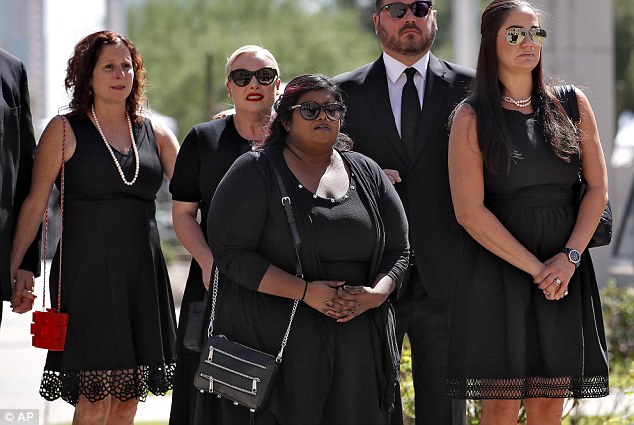 Hundreds of complaints were made to the social media site but the photo only vanished after five hours when the troll made his account private to avoid the storm.

It only came after Domenach went straight to the boss by publicly tweeting to his 66.8k followers that nothing had been done about the image depicting Meghan at the memorial service in the Arizona Capitol August 29.

His daughter, who a host on The View, married Domenach in November 2017, just months after her war hero father was diagnosed with Glioblastoma, which eventually took his life.

‘Tell me why this is cool by you,’ he asked in the tweet, mentioning @Jack. 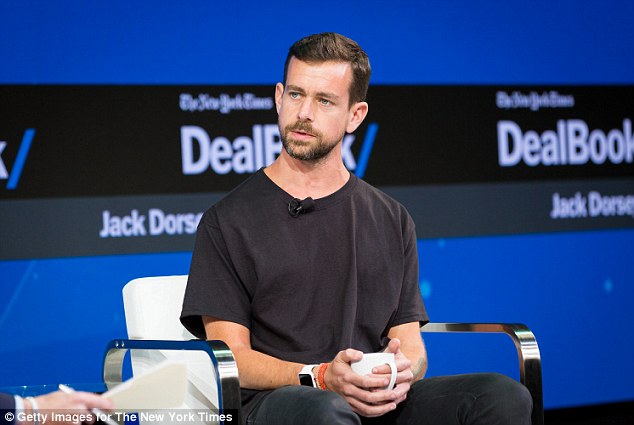 Twitter’s rules state: ‘You may not make specific threats of violence or wish for the serious physical harm, death, or disease of an individual or group of people.

‘This includes, but is not limited to, threatening or promoting terrorism. You also may not affiliate with organizations that — whether by their own statements or activity both on and off the platform — use or promote violence against civilians to further their causes.’ 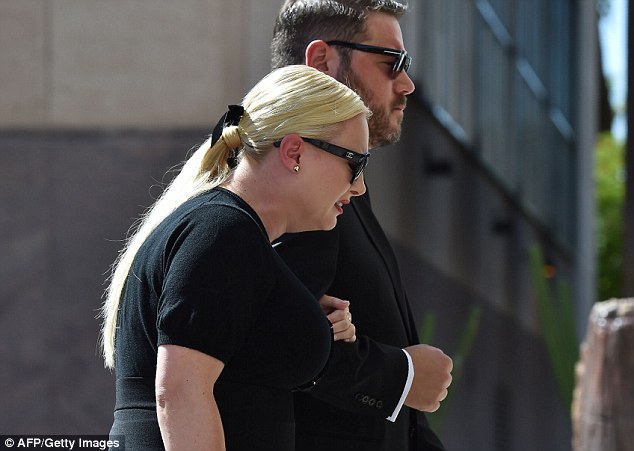 The @austindelafrog account went private within 30 minutes of Domenach posting about it. However he noted that it was the user’s own decision not Twitter’s.

‘It took my hours later tweet to finally get a reaction. Did not want to elevate it but that is what Twitter requires apparently,’ he wrote, adding; ‘Oh, and the reaction was from the guy, not Twitter. Looks like he set his account to private.’

‘Twitter finally suspended this account this morning. No one should have to raise a ruckus or highlight this sort of thing publicly to get their attention,’ he shared.

‘I am going to delete the initial tweet now so no one has to see it. Still want an explanation for why something so obviously in violation took so much attention for Twitter to react.’

Jack did not publicly tweet about the reaction Friday, instead he posted about some fresh features the micro-blogging site had been testing out, including reply threads.

‘Playing with some new Twitter features: presence (who else is on Twitter right now?) and threading (easier to read convos),’ he wrote.