In a brand new online column, each week Sportsmail will bring you the tales and team news from around the Gallagher Premiership, marking your card for the weekend’s action.

There will be all the latest stories from the 12 teams competing for glory this season and a look at some of the fascinating statistics surrounding the competition.

Each week we will also check in with England boss Eddie Jones as he continues to travel up and down the country ahead of next year’s World Cup in . 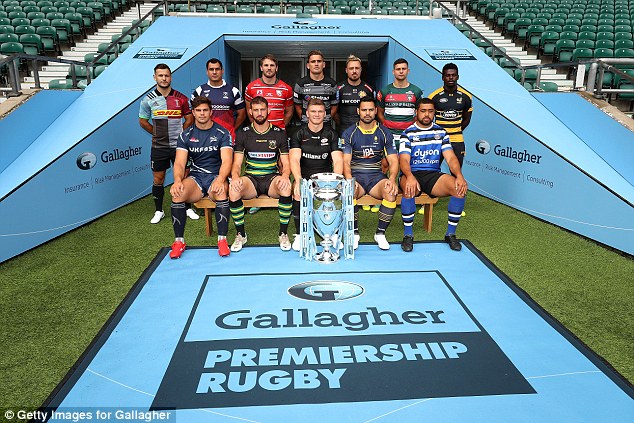 News from round the grounds

It might be the longest commute in the world – 11,500 miles as the crow files and the best part of two days on the big metal bird – but if you’re the best referee in the business it has to be done.

Wayne Barnes swaps Eden Park for Sandy Park this weekend; the English official took charge of the second Bledisloe Cup match between New Zealand and Australia in Auckland last Saturday, and had a brilliant game. This weekend he’s been handed Exeter Chiefs v Leicester Tigers in the Premiership’s opening round down in Devon for his 201st league match.

So we’ll forgive him if he looks a little sleepy – we trust the Chiefs fans’ rendition of the Tomahawk Chop chant will get him going. At least Barnes will have sympathy with Tatufa Polota-Nau and Matt Toomua who have made the same journey! 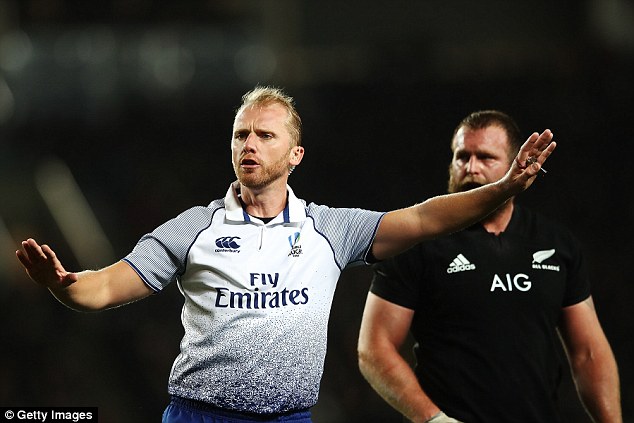 The pitch is a ‘HERO’ surface – a mix of real and artificial grass used by Real Madrid at their training ground.

With a swathe of South Africans hoofing about at Castle Grim will it inspire a more adventurous style, or will it be back to traditional areas of strength at Gloucester? What’s Afrikaans for ‘up the jumper’…? 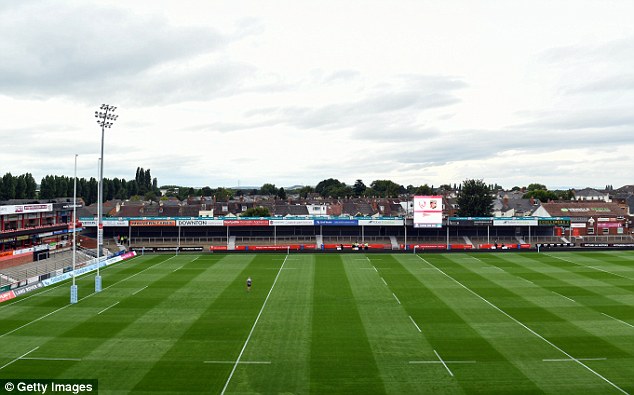 Spare a thought for Scarlets head honcho Wayne Pivac. He’s not even had a proper game yet and has 14 – yes FOURTEEN – lads out injured for their opener against Ulster.

At least there is not as many out as sponsors on the Scarlets’ new kit though – their new strips would be more at home sprayed onto Tour de France cyclists, as they are adorned with no less than 18 (!) brands.

Let’s hope neither the injury or marketing trends catch on, eh? 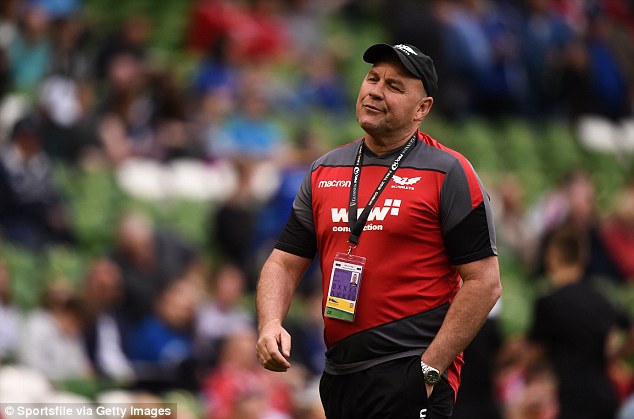 Harlequins have revealed their next aid from the animal kingdom this week – this time it’s not bears but broncos.

Former England coach Paul Gustard is charged with turning Quins from court jesters to title contenders this year, and his new players have revealed one of his pre-season fitness tests. 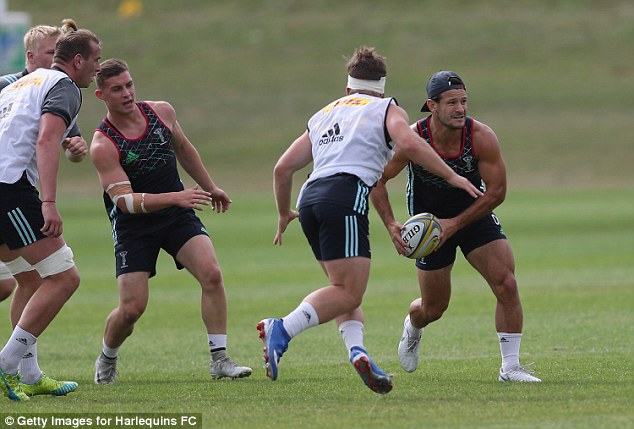 Word on the street is that All Blacks star Beauden Barrett can do it in 4mins 13 seconds – Danny Care was one of the top performers at Quins, telling the BBC’s Rugby Union Weekly podcast he can do it in 4:39mins, and one of his understudies Niall Saunders clocked 4:30mins.

Having also installed a massive 6ft 3in bear in their team room this summer to inspire ‘superior’ and ‘dominant’ defence, last seen roughly never at Quins, they’ll hope the Sharks don’t upset their veritable Noah’s Arc at the Stoop.

The GIF that keeps on giving

Bath have taken a leaf out of Bristol City’s book for their social media page this season – each try will be greeted with a pre-prepared player GIF celebrating the score.

So if they run riot at Ashton Gate on Friday night watch out for bubble machines, party poppers and preposterous poses on their Twitter feed.

4 YEARS without a win on the opening day for Sale – but they go to Quins who have only won one of their last 10 league games. Something has to give.

8 OPENING day victories in a row for Bath – the last time they lost in round one of the season was in 2009, defeated in another West Country derby 24-5 to Gloucester at Kingsholm.

5000th COMPETITIVE match for Gloucester this weekend, having been formed in 1873. The Cherry & Whites hit the milestone at home to Northampton Saints on Saturday – so watch out for the match-ball flown in by the RAF, and a lap of honour performed by swathes of former players.

6 VICTORIES in their last seven for Wasps at Sixways, the location of their match against Worcester on Saturday. Josh Bassett has also scored in the last three games between the sides. 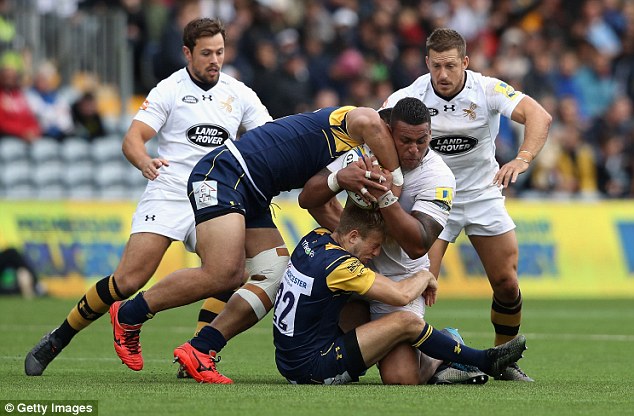 Six wins in their last seven for Wasps at Sixways, the location of their match against Worcester

2012 THE last year Leicester won four consecutive league games away from home on the bounce. After late-season wins against Saracens, Worcester, Bath and Sale they go to Exeter in search of more glory on the road.

1 TRY away from 50 in the Premiership for David Strettle. The winger is back for Saracens this season, returning from Clermont, and could reach is half-century on Saturday.

Eddie Jones is at two games this weekend. First Bristol v Bath, where Sam Underhill and Zach Mercer’s travails against George Smith and Steven Luatua will be fascinating, and on Saturday he’ll be at Kingsholm for Gloucester v Northampton where some fly-half called Danny Cipriani will probably be top of his watch-list. 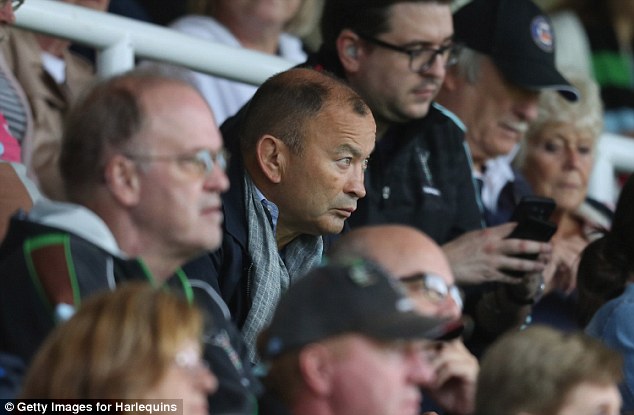 Twitter wars stop and battle commences on Friday night. These two clubs have been going at it – playfully – on social media ever since this fixture was announced, so it’s time for the players to follow suit.

George Smith is set for his debut, and at 38 is still as reliable as a bear doing his business in the woods when it comes to winning turnovers – his battle with England rookie Sam Underhill will be key.

Outside there’s a Celtic feel in the playmaking positions, with Ireland’s Ian Madigan against Wales’ Rhys Priestland. £1million-man Charles Piutau misses out with a shoulder issue picked up against Connacht in pre-season.

Does Todd Blackadder have cunning plan to hunt the new boys? Or will Pat Lam’s lads have all the bear necessities?

Prediction: Home win – Bath to be caught cold by a red-hot atmosphere at sold-out Ashton Gate.

Golden-wristed Danny Cipriani will hope to lock up the Northampton defence in this incredibly intriguing match-up of two sides who are somewhat unknown quantities going into the season.

Johan Ackermann has drafted in a pride of Lions from his former club – but none of them start – although Franco Marais is on the bench.

Matt Banahan, one of several new signings with no hair at the start of the campaign after failing the infamous Kingsholm ‘milk challenge’ a couple of weeks back, is on the wing.

And Kiwi Chris Boyd has swapped Beauden Barrett for Dan Biggar by moving from the Hurricanes to the Saints.

The Welsh 10 is in for his league debut here, having recovered from the head-knock he sustained after being kicked in the head by his scrum-half against Glasgow last weekend. Charming from Cobus Reinach!

Dylan Hartley is only on the bench though.

Paul Gustard will be making the case for the defence this week, proving he’s still got it as an inspirational guru having turned his hand back to club coaching.

With England his last defensive efforts don’t read brilliantly conceding 63, 42, 23 and 25 points in the last four matches against the Barbarians and South Africa – at an average of more than 38 per game.

Danny Care has compared him to Liverpool boss Jurgen Klopp this week – but the Quins lads won’t be getting any hugs if they defend like a bunch of Djimi Traores here.

It’ll be Steve Diamond doing most of the Klopp-esque touch-line grimacing in Twickenham. Whatever the score he’ll be fuming about something.

Brown, on Quins appearance 299, will be up against old team-mate Marland Yarde, who returns to the Stoop after his acrimonious exit last season. He plays instead of banned Chris Ashton.

Prediction: Away win – Could well be wrong here, but so hard to judge if Quins have turned a corner yet

Sixways by name, one way by nature – that’s what Wasps coach Dai Young reckons Worcester are like.

This week he said the Warriors will be very direct, very ‘South African’, and direct in this one.

He’s also worried about this being a potential banana skin – he might be right too with the likes of Premiership top try scorer from last year Welshman Josh Adams joining Scottish debutant Duncan Weir in the backs, and Nick Schonert at tight-head looking to catch Eddie Jones’ eye.

Young has Nathan Hughes at No 8, and a typically mouth-watering backline – with Elliot Daly and Christian Wade both in it.

Exeter have been the Tottenham Hotspur of the summer break – barely spending any money on new signings.

Unlike Spurs though they have actually brought one bloke in, Alex Cuthbert, and everyone reckons he’s going to be brilliant at his new home.

He isn’t yet fit for Rob Baxter’s side intent on winning back their title, but Sam Simmonds and Don Armand are. They’ve only lost once in Devon in the Premiership since 2016 (5-6 to Worcester a few months back) so you’d back them to tame the Tigers here.

Leicester – rugby’s Manchester United – may have star names, in Manu Tuilagi, Jonny May and George Ford all starting, but Sportsmail has reported trouble behind the scenes and a coach under pressure to whip a fading giant into shape.

Sound familiar? What it won’t be here is 3-0 to the less established club – the Chiefs hardly ever don’t score loads at home, and with Henry Slade, Joe Simmonds and Don Armand all playing you can expect more of the same.

You can imagine Maro Itoje has been given heaps by his team-mates this week having appeared on the cover of Tatler magazine – but it is certain Sarries are the ones in vogue right now.

Champions of England again, they have all the big-guns back as Owen Farrell, Jamie George and Mako Vunipola all start.

Newcastle was not an easy place to go last year, and Dean Richards’ mob are (Geordie) sure to be tough to break down.

Mark Wilson and Will Welch will tackle everything on the flanks – and Vereniki Goneva will look to embarrass defenders out wide.

Prediction: Away win – Newcastle to not be at the (Blaydon) races this early against the champs.

GUINNESS PRO14 GAME OF THE WEEK

Ospreys v Edinburgh – two sides who have, in recent years, had most successful domestic neighbours but could be ready for a serious push this year.

The Ospreys side – with George North, Scott Williams, Alun-Wyn Jones, Justin Tipuric and Dan Lydiate looks tasty, and Richard Cockerill’s Edinburgh, now with added depth in the backs will be spitting fire in his image.