Georgia Toffolo has urged people to get off dating sites and have the confidence to chat one another up like the good old days.

Speaking to MailOnline ahead of the Goodwood revival festival, the 23-year-old was inspired said people should be more ‘old fashioned’ and ‘traditional’.

She said: ‘You don’t have to meet someone on an app,’ she said. ‘Walk up to someone in a bar and ask them out.’ 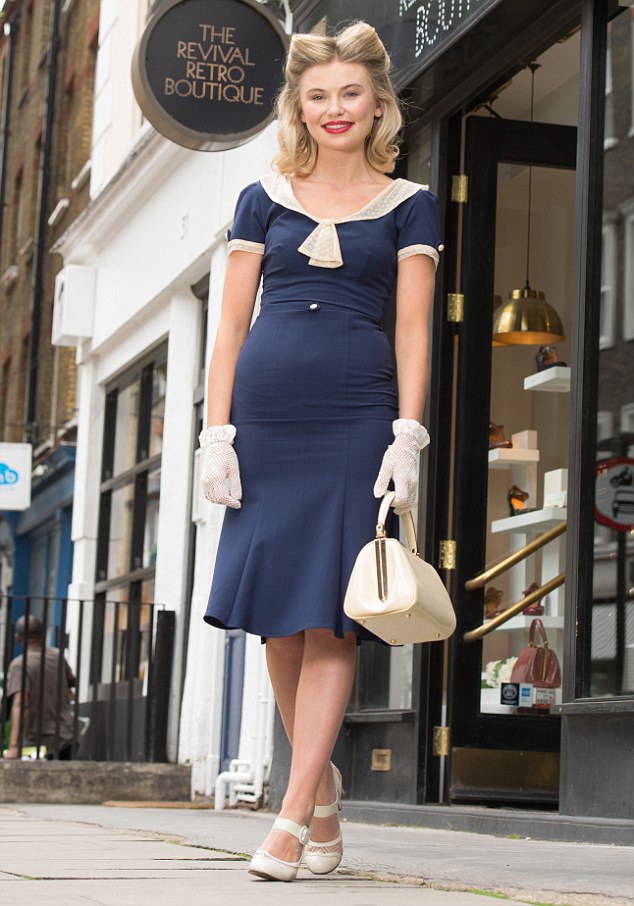 Old-fashioned: Georgia Toffolo has urged girls to abandon dating sites and walk into bars and chat boys up… as she told MailOnline why she left Made In Chelsea

Toff, who is currently thought to be dating Jack Maynard, also discussed her book, which is out in September.

She said: ‘It’s called Always Smiling. It’s not really an autobiography because I’m only 23 so it felt like that was a bit premature, it’s half memoir, half guide to confidence with a few overtones of Bridget Jones in there.

‘It’s perhaps the advice that I would have liked to have known when I was 14, because I think hindsight is such a valuable thing, I’m not saying that I know everything but I’ve done a bit. 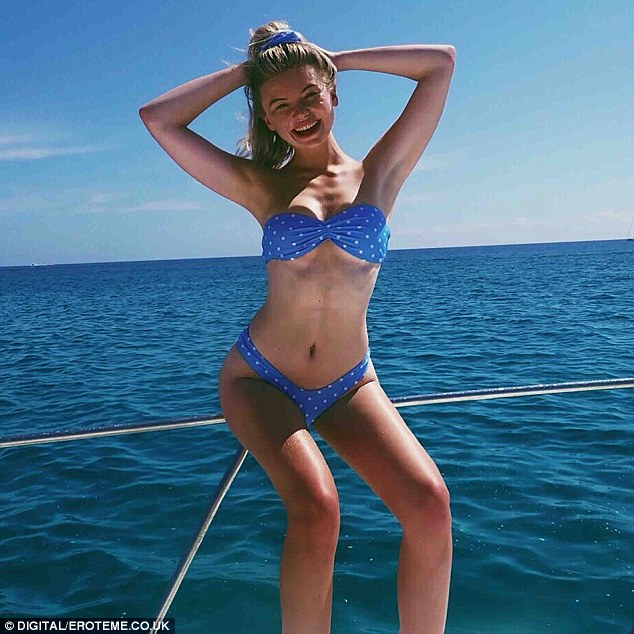 Speaking about her new book, she said: ‘It’s half memoir, half guide to confidence with a few overtones of Bridget Jones in there’

‘It’s a diary that I wish I had with me to make me feel as confident as I could be when I was growing up, particularly adolescent.’

The former Made in Chelsea star has spoken for the first time about why she chose to leave the show after four years, earlier this month.

She said she is too busy after being inundated with work since winning the previous series of ITV’s I’m A Celebrity… Get Me Out of Here.

Vintage look: Toff was talking ahead of her appearance at the Goodwood revival festival in September, and released a set of photos in 1940s garb ahead of the event 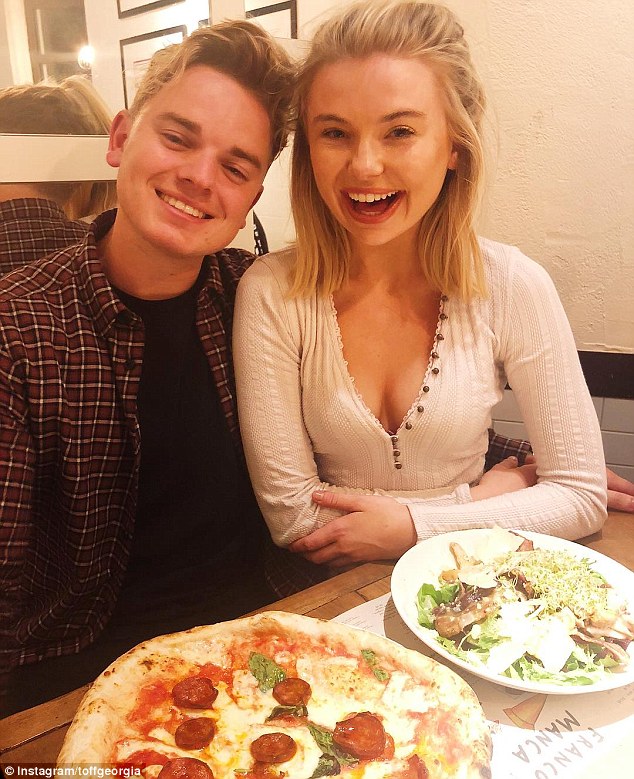 Are they or aren’t they? Toff, is currently thought to be dating Jack Maynard

She said: ‘Obviously Made in Chelsea is an amazing show and I’ve loved being a part of it but I’ve had to take the decision to take some time off, just so I can focus on some other projects.

‘I’m still really good friends with everyone who’s on the show and I see them all the time because I live in Chelsea.’

Georgia, who is releasing a book and currently on holiday in Majorca with friends, said a return could happen one day. ‘Never say never, you don’t know what might happen. It’s not a goodbye yet. 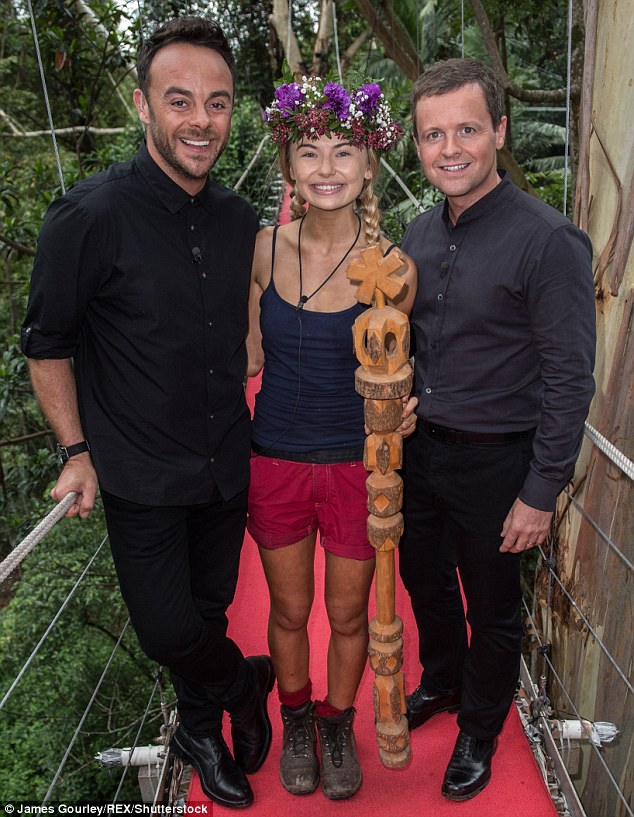 Superstar: She was crowned the winner of the 17th series of I’m A Celebrity – but her success has meant she’s now too busy to be a part of Made In Chelsea

‘I haven’t been killed off, don’t worry,’ she laughed.

Toff became a household name after winning the jungle last year. And it was there that viewers watched her forge an unlikely friendship with Stanley Johnson, father of politician Boris.

‘It’s such a privilege to be around old people, talking to someone who has had such a brilliant amount of diverse life experience.’

Toff was talking ahead of her appearance at the Goodwood revival festival in September, and released a set of photos in 1940s garb ahead of the event.

She said: ‘It’s really nostalgic, it’s great fun and I love it.’

The Goodwood Revival is a three day vintage festival from 7-9th September at the famous West Sussex location, owned by the Duke of Richmond.

The Goodwood Revival takes place from 7th-9th September. The final batch of Friday and Sunday tickets are available at www.goodwood.com/revival 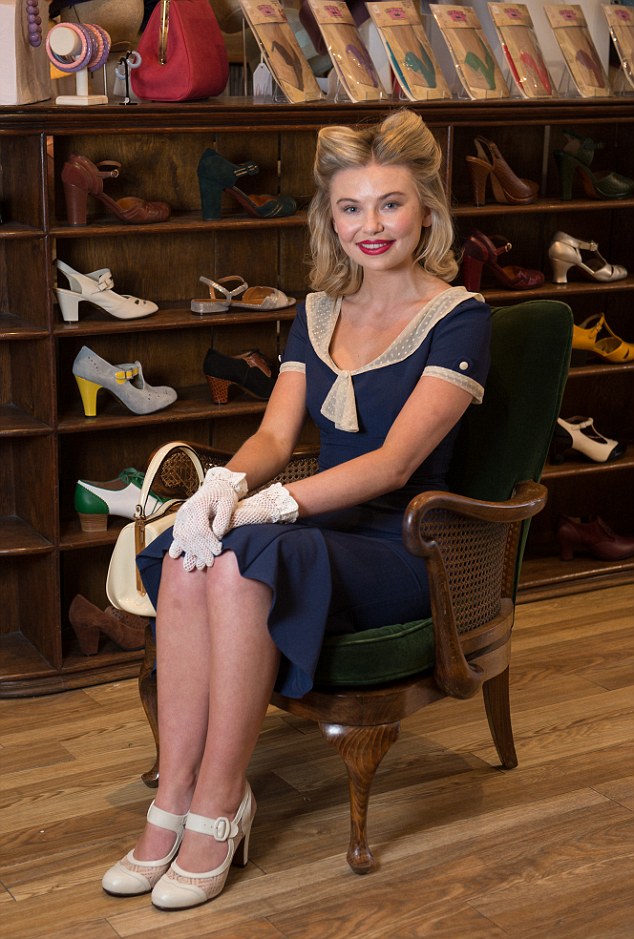 Fantastic times: The Goodwood Revival is a three day vintage festival from 7-9th September at the famous West Sussex location, owned by the Duke of Richmond

Liam Gallagher's girlfriend Debbie Gwyther shares sweet birthday message
Ben Shephard is forced to apologise after Susannah Constantine drops the F-BOMB
Eva Mendes looks springtime chic in patterned sundress as she steps out with daughters
Sophie Turner has a drink with Joe Jonas ahead of the Game of Thrones finale
Irina Shayk shares sweet embrace with her daughter Lea on a yacht in Ibiza
Myleene Klass shares video of baby Apollo as tot is 'mesmerised' by big sister Ava playing the piano
Former WAG Nadia Bartel treats sons with day out at Melbourne Show amid split from Jimmy
Gary Lineker, 58, reunites with ex-wife Danielle Bux, 40, in LA