A decaying and haunted manor in the post-World War II English countryside, a grieving family on the verge of madness and class divisions make “The Little Stranger ” a darkly intriguing specimen. But the Lenny Abrahamson-directed adaptation of the Sarah Waters novel is all moody teases with no payoff, never quite congealing into a coherent whole.

Domhnall Gleeson leads the cast as a doctor, Faraday, who finds himself on a house call to a stately but worn mansion, Hundreds Hall. He visited once as a child with his mother who used to work there, and recalled a magical day in which he fantasized about what it would like to be as wealthy as the owners, the Ayres, whose family has had the property for more than two centuries.

Since that day as a boy, Faraday has improved his lot, while the Ayres have slid, letting the house fall into disrepair. It’s not quite Grey Gardens yet, but a few more years of neglect and it’s suddenly not a far off proposition. 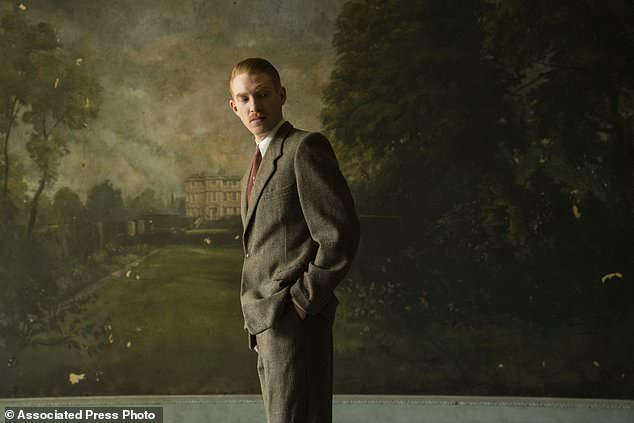 This image released by Focus Features shows Domhnall Gleeson in a scene from “The Little Stranger.” (Nicola Dove/Focus Features via AP)

Faraday has been summoned to look at the maid, Betty (Liv Hill), who says she’s sick but has really been spooked by something. Everything is a little off in Hundreds Hall, including its inhabitants: Mrs. Ayres (Charlotte Rampling); her daughter Caroline (Ruth Wilson); and her son Roderick (Will Poulter), who has been badly burned in the war and is suffering from some kind of PTSD, leaving him unmotivated to take care of household duties. Gone are the days of a household staff, too. It’s just Betty and Caroline doing the lion’s share.

Faraday finds himself visiting the Ayres’ often, drawn by Caroline but also his obsession with the house and what it meant to him as a child, but things are undeniably strange there. The Ayres first daughter, Suki, died when she was a little girl. She factored prominently in Faraday’s rose-colored flashback of that party from his youth in 1919.

He was jealous of Suki. Caroline tells him that everyone was jealous of Suki. Mystery solved, right? But lest you think that the little stranger must be Suki, let me assure you that that is far from clear and Abrahamson and the script keep things as confusing as possible for as long as they can.

The film is Abrahamson’s first since “Room” earned him a best director nomination and it is undeniably elegant in its look and execution, but it is also quite a lot of build-up to little satisfaction or explanation. Those looking for a psychological horror a la “The Others” or even something like “Stoker” will be disappointed. Instead “The Little Stranger” plays out more like a drama that’s occasionally creepy and uncomfortable, which would be fine if the characters carried the story a little more.

Faraday is a tricky one, repressed and striving, and not entirely likable. He is our eyes into this world and his scope is unreliable at best. Caroline, I gather, is supposed to be the more empathetic, but she too is fuzzy, hard to grasp or hold on to as someone to root for. She is distant and suspicious and hiding something, probably. And everyone is just so, so miserable. There is hardly any life at all, which does wonders for setting an uneasy mood but can make it somewhat unpleasant for the audience.

The film does have the engine of the mysterious haunting behind it, despite frequent detours and distractions (a cringe-worthy romance, confusing side characters, and others who just disappear). There are also few truly disturbing scenes and images that might be enough for some. All in all, it’s just a little underdeveloped. Perhaps in novel form its polite pace and subtle revelations made a certain amount of sense, but the movie is lacking.

“The Little Stranger,” a Focus Features release, is rated R by the Motion Picture Association of America for “some disturbing bloody images.” Running time: 111 minutes. Two and a half stars out of four. 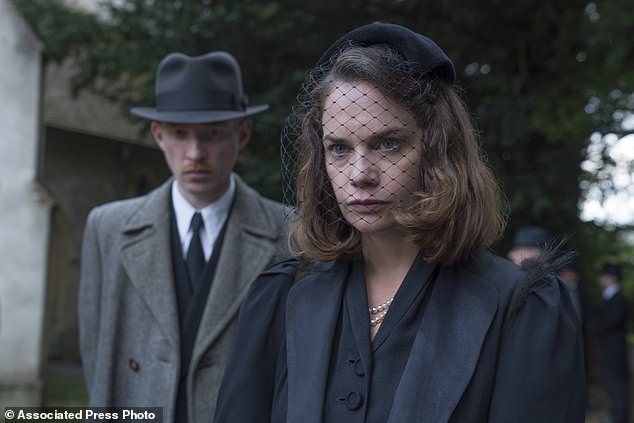 This image released by Focus Features shows Domhnall Gleeson, left, and Ruth Wilson in a scene from “The Little Stranger.” (Nicola Dove/Focus Features via AP) 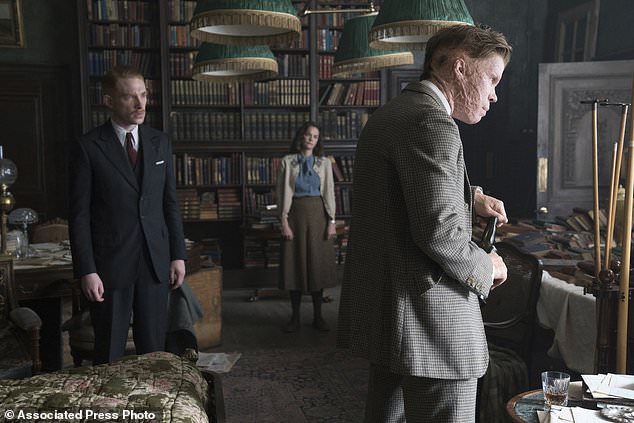 This image released by Focus Features shows Domhnall Gleeson, from left, Ruth Wilson and Will Poulter in a scene from “The Little Stranger.” (Nicola Dove/Focus Features via AP) 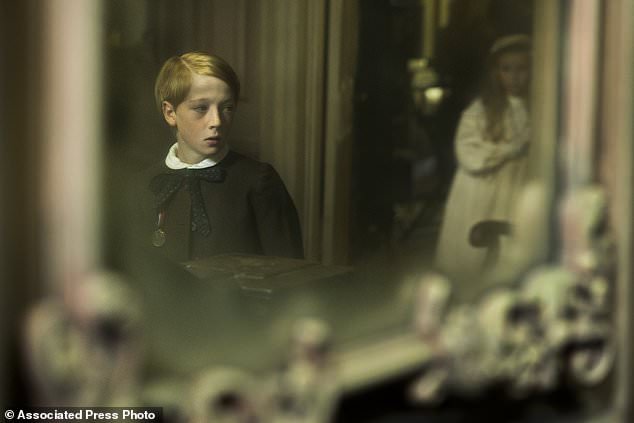 This image released by Focus Features shows Oliver Zetterström in a scene from “The Little Stranger.” (Nicola Dove/Focus Features via AP) 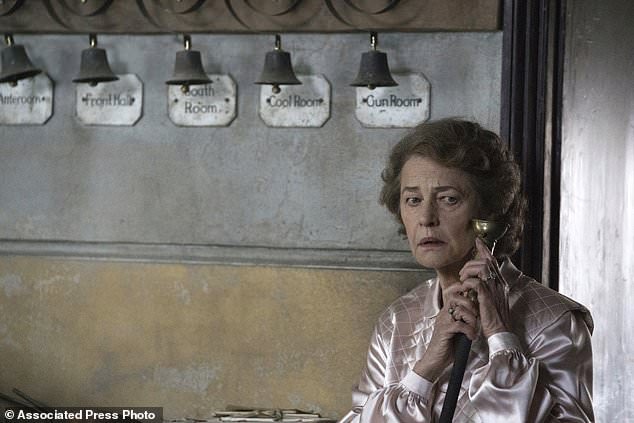 This image released by Focus Features shows Charlotte Rampling in a scene from “The Little Stranger.” (Nicola Dove/Focus Features via AP) 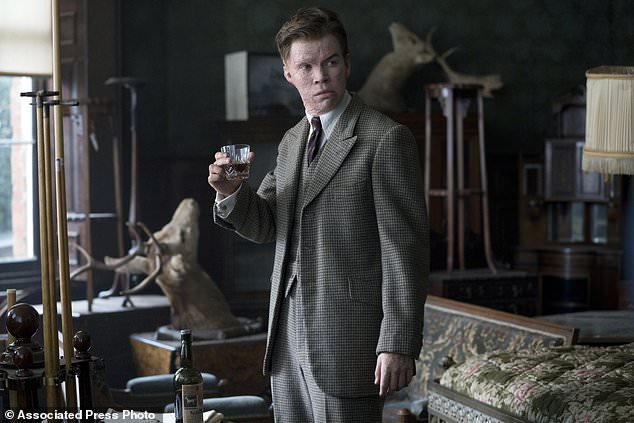 This image released by Focus Features shows Will Poulter in a scene from “The Little Stranger.” (Nicola Dove/Focus Features via AP)

PICTURED: Devoted father stabbed to death on a train the day before his 52nd birthday
Samantha Markle claims Meghan would care about her if she 'had $600 million'
Tamworth mother-of-two, 28, shed six-and-a-half-stone in under a year after being called 'fat'
Two boys are missing after fleeing from police and into mangroves in the Townsville area
Traditional Japanese therapy Shinrin-yoku should be free on the NHS, says Kate Humble
Thousands of families left without running water after major pipeline burst in Hampton, London
Electrician is mauled by caretaker's pet LION after he complained he had not been paid for work
State pension 'triple lock' may be AXED as wage surge feared