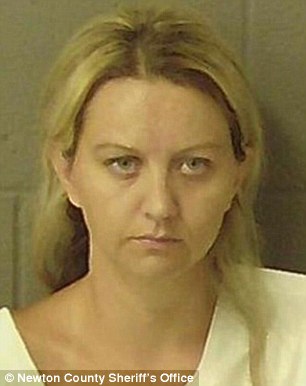 Georgia mother Jennifer Bellah has been charged with the murder of her two-year-old daughter, after she reportedly confessed to law enforcement that she’d shot little girl Natalya.

According to the Atlanta Journal-Constitution, the incident happened at the toddler’s grandmother’s house in the city of Oxford.

Newton County Sheriff’s Department charged the 31-year-old Wednesday after they received a call Tuesday at 5.53pm to the property on Brown Thrasher Run.

The little girl was pronounced dead at the scene.

It has not been revealed who called 911 however it’s believed that only two people were there at the time – mother and daughter.

Detectives are struggling to find a motive for the slaying but after finding shell casing, spent bullets and a weapon at the location, found it reasonable to charge Bellah.

‘Jennifer Bellah was interviewed…and probable cause was determined to charge her with murder, aggravated assault and possession of a firearm during the commission of a crime,’ Deputy Favel Edwards told . 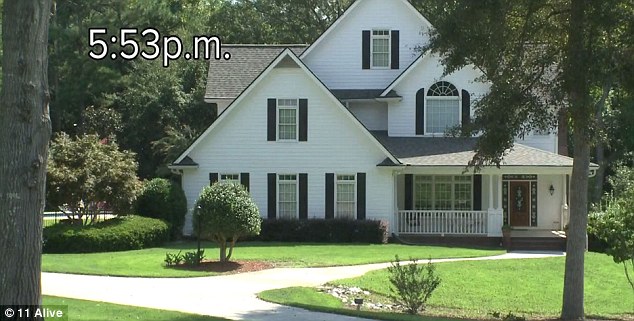 Detectives are struggling to find a motive and haven’t revealed who made the call to emergency services, however it’s believed only two people were at home (pictured) at the time

Neighbor Jackie Kennedy told Channel 2 that she’d last seen Natalya playing in the front yard and knew the pair from meetings while walking around the area.

‘[They] seemed like a happy family,’ she said. ‘I did not expect to come home and see this in my community.

‘I’m really sorry about that, and it breaks my heart. This was a baby. A two-year-old baby. It’s devastating.’

He added: ‘I just saw the little girl yesterday, and the mom, and I’m always waving to the grandparents.’

Natalya’s body has been taken to the Georgia Bureau of Investigation Medical Examiner’s office for an autopsy.

Bellah is due to appear in court Thursday in front of a magistrate judge, reports .

On the outside this $1.3million abode looks like a decrepit old warehouse
Teen held captive and held in a New Hampshire storage container for nine months breaks her silence
Images of Crimean War give a rare glimpse into what military life was like in the 19th century
Texas woman learns her mother's fertility doctor is her biological father
Mother, 31, AVOIDS jail after her 11-week-old son died when he drank breast milk laced with drugs
U.S. Navy pilots say they saw UFOs that 'flew at hypersonic speeds at altitudes of 30,000ft'
Iranian adviser drops chilling hint of attacks on Trump properties
Princess Eugenie and husband Jack Brooksbank celebrate their 10th anniversary with Instagram snap