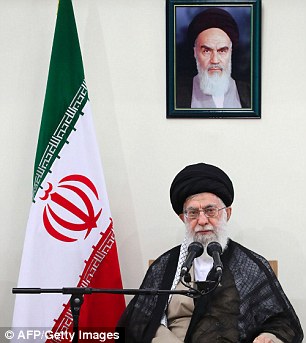 ‘s Supreme Leader today threatened to scrap the nuclear deal if guarantees about trade and oil sales are not met.

Ayatollah Ali Khamenei said there was ‘no hope’ European countries could save the agreement, made with other world powers in 2015.

The accord was put under threat following the US withdrawl by in May.

Britain, and condemned the move and promised to stay in the nuclear agreement, claiming it was the only way to prevent a Middle-Eastern nuclear arms race.

But Tehran might now also abandon the agreement if guarantees on oil sales and trade are not met, the religious leader said.

President Hassan Rouhani has came under increased pressure at home over his handling of the economy in the face of heavier US sanctions.

As key ministers in Rouhani’s government came under attack by parliament, Khamenei warned the president not to rely too much on European support to save the deal.

Following US President Donald Trump’s exit from an international accord that would curb Iran’s nuclear ambitions, European powers have been scrambling to ensure Iran continues to get the economic benefits needed to keep it in the nuclear deal alive.

But in his comments published on his official website, Khamenei told Rouhani and his cabinet today: ‘There is no problem with negotiations and keeping contact with the Europeans, but you should give up hope on them over economic issues or the nuclear deal. 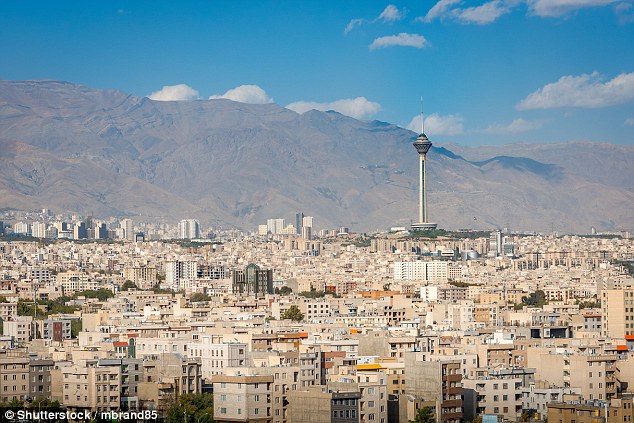 ‘The nuclear deal is a means, not the goal, and if we come to this conclusion that it does not serve our national interests, we can abandon it.’

Khamenei set out a series of conditions in May for European powers if they wanted to keep Tehran in the deal.

They included steps by European banks to safeguard trade with Tehran and guarantee Iranian oil sales.

Speaking at the same meeting on Wednesday, Khamenei said Tehran would not negotiate with ‘indecent and confrontational’ US officials to reach a new agreement on its nuclear programme because Washington ‘wants to boast they managed to bring Iran to the negotiation table’. 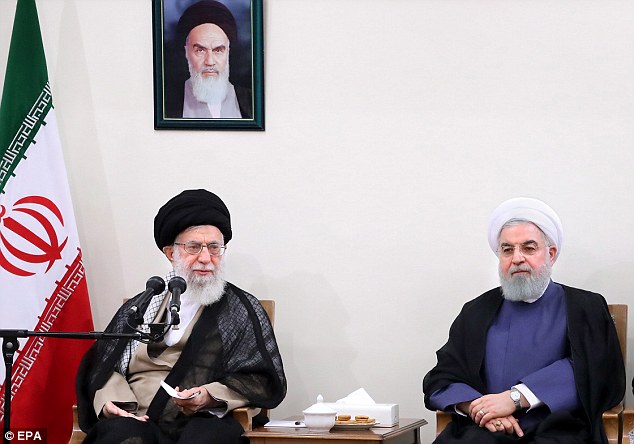 Khamenei told Rouhani and his cabinet to work ‘day and night’ to solve the mounting economic problems which include the collapse of the rial currency and surging unemployment.

But at the same time he appeared to call on parliament not to press too much on Rouhani who has been severely grilled over economic performance.

Officials should unite against American pressure, he said, since publicising differences would only make the nation more unhappy.

The move came only three days after lawmakers sacked the minister of economy and finance blaming him for the collapse of the plight of the rial and mounting unemployment. Just weeks earlier they also dismissed the labour minister. 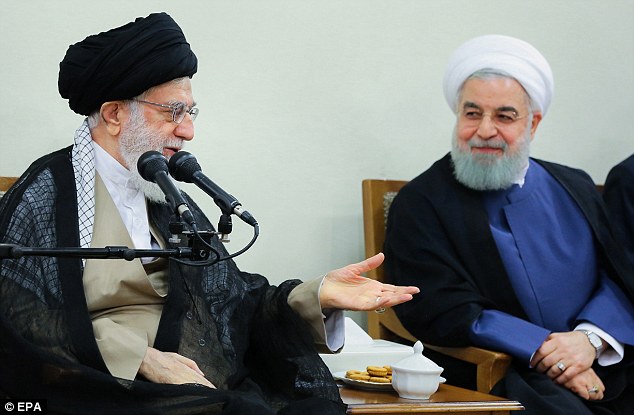 Another motion, signed by 70 lawmakers, aims to impeach the minister of industry, mines and business.

Rouhani won two landslide elections on a platform of economic reform and opening Iran up to the outside world, and his pragmatic supporters have a majority in the parliament.

But his reputation and political influence have taken a sharp hit as his promised economic gains have failed to materialise and US sanctions have begun to bite.

Washington has imposed sanctions on the acquisition of US dollars by Iran and it will reimpose sanctions on Tehran’s oil exports and banking sector in November.

Iran’s official unemployment rate is 12 percent, with youth unemployment as high as 25 percent in a country where 60 percent of the 80 million population is under 30. The rial has lost more than two-thirds of its value in a year.

That is enough votes to force Bathaei to come to parliament to answer questions on his record in the next 10 days. If lawmakers are unhappy with his answers, they can vote to impeach and sack him. 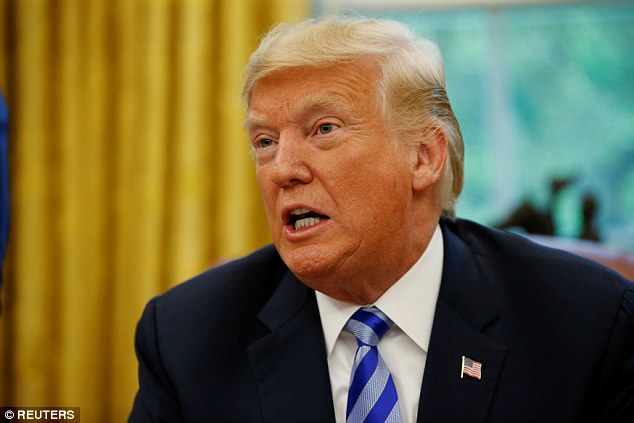 The worst may yet lie ahead as senior US officials have said they aim to reduce Iran’s oil exports to zero after the new round of sanctions in November.

Iran has said if it cannot sell its oil due to US pressure, then no other regional country will be allowed to do so either, threatening to block the Strait of Hormuz, a strategic artery linking the Gulf crude producers to the world.

A senior Iranian military official said on Wednesday if foreign forces in the Gulf do not follow international laws, they would face the Revolutionary Guards’ firm response.

Has the mystery of 'Britain's Roswell' finally been solved?
How to boost your sex life, sleep better and lose weight in 30 days
Ryanair passenger was branded a 'lesbo', 'd**e' and b***h' by rowdy men
Lib Dem leader Ed Davey says UK must prepare to bring British citizens and diplomats back from Wuhan
Italian bus driver with cough sparks coronavirus panic in France
US commander says Taliban are not abiding by peace deal and violence is much 'higher' than allowed
Coronavirus Europe: Nearly half of deaths were in care homes
NFL Kickoff 2020! Chiefs begin title defense vs. Texans in front of 17,000 socially distanced fans