Claude Puel claimed he would be ‘happy’ for anyone succeeding him as Leicester boss due to the quality they would inherit – but he stressed ‘speculation’ about his position was not his concern.

It has been reported that Puel is in serious danger of being sacked, with Saturday’s home clash against Wolves and the trip to Southampton a week later crucial to his hopes of keeping his job, and that Belgium’s management duo of Roberto Martinez and Thierry Henry are in the frame to replace him.

He is currently the favourite with bookmakers to be the next manager to leave their post. 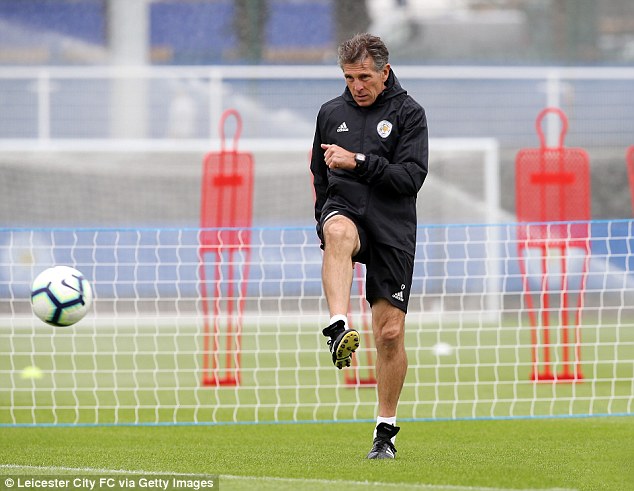 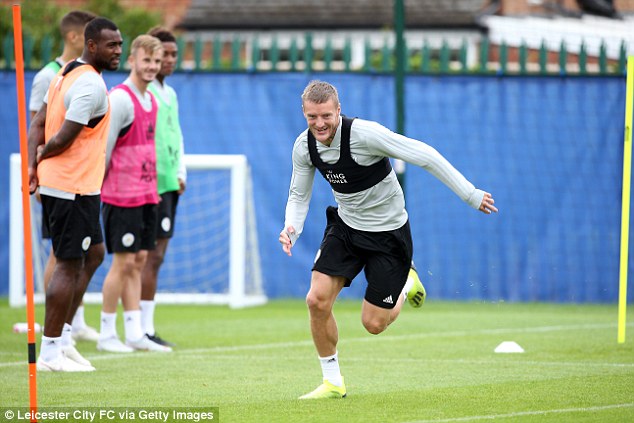 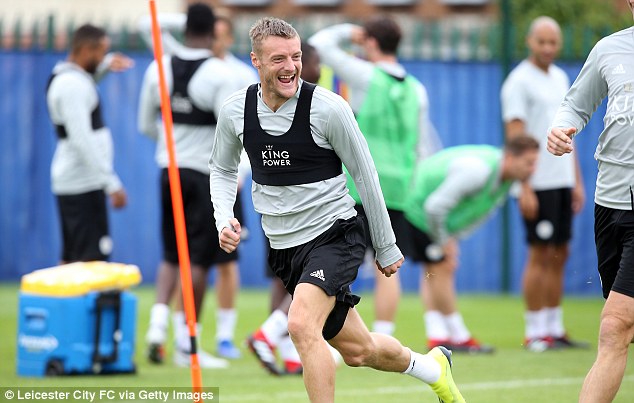 Leicester opened their 2018-19 Premier League campaign with a 2-1 defeat at Manchester United on Friday, having lost five of their final seven games last season, which they finished in ninth place.

Puel, who was appointed last October, was quoted by the Leicester Mercury as saying at his Thursday press conference ahead of the Wolves clash: ‘It’s just speculation.

‘I would be happy for my successor, because he would have a good squad and a very good team.

‘I can’t comment on speculation. My job is to build something with Leicester; to continue to develop this club, to develop the players and the squad. After this, if people are angry or not satisfied, that is not my concern.

‘It is not the first time, it will not be the last.’ 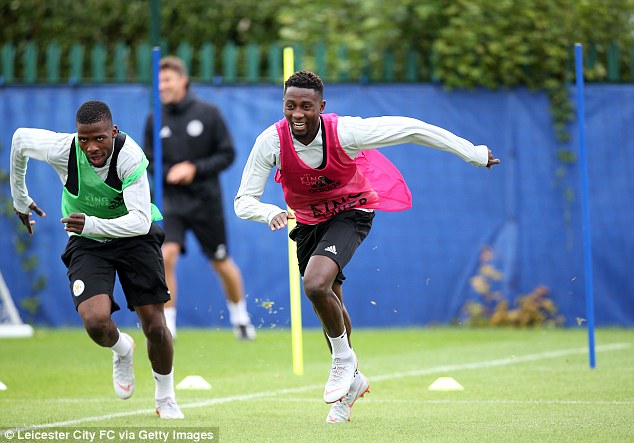 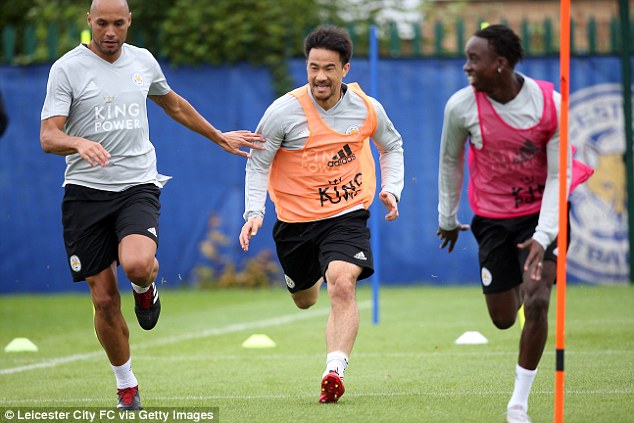 He added: ‘All my days on the training ground, my meetings with different people from the club, I am happy to train this club, to give my best, to see the progress in the play and the team, and the structure also.

‘I focus on all of this. Speculation from people outside the club is not my concern.

‘I know it is tradition to make some bet and lottery at the beginning of the season but that is not my concern.

‘I am in the same position as the other 19 managers in the Premier League.’

Also on Thursday, Puel was asked about Harry Maguire after it was reported the defender, who impressed during England’s run to the World Cup semi-finals and is understood to have been a target for United, is close to agreeing a new contract with the Foxes.

The Frenchman said: ‘The most important thing is his importance to the club and the squad. 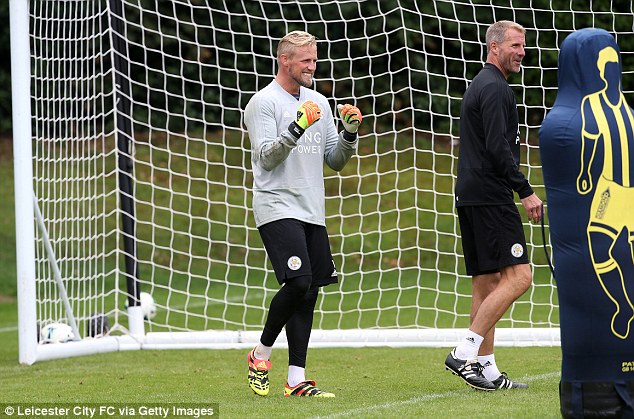 Leicester goalkeeper Kasper Schmeichel celebrates after making a save during trianing 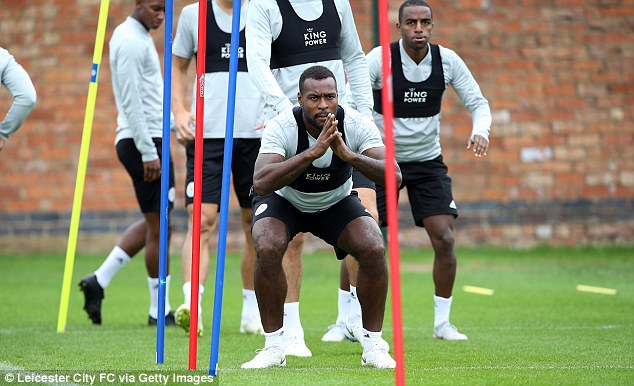 ‘Of course, with the management, it is just some things between players and the club. We have to manage all the players. We have to build a squad for this season and the future.

‘Harry is a very valuable player to us. (It is) something between the player and the club. For me, the most important thing is that a player can play with a good mentality, happily, and with team-mates.’

And Puel has said he thinks the striker has a ‘good chance’ of starting against Wolves.

Puel also said Shinji Okazaki and Matty James were not fit, and that while Caglar Soyuncu’s move to the club from Freiburg has now been been completed, the Turkey defender would not be involved in the Wolves game. 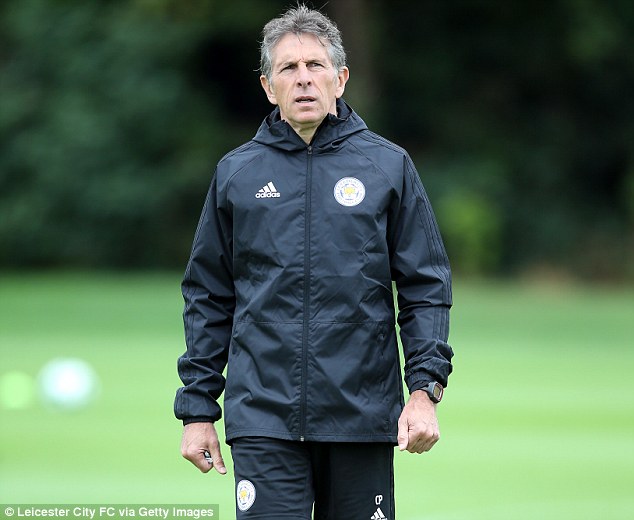 Jose Mourinho reveals Romelu Lukaku will return to Man United three days early forward of latest sea...
Norwich 2-Zero Preston: Teemu Pukki and Alex Tettey strike late to win it for hosts
Premier League stadiums to welcome VAR in Carabao Cup video games
It's the right call on taking the gloves off Jonny Bairstow... but it's a dangerous one
Manchester City winger Raheem Sterling has withdrawn from England duty with a back injury
Derby loan kid who is knocking on the door: Mason Mount had a debut to remember for England's U21s
N'Golo Kante backs Ruben Loftus-Cheek to make it at Chelsea if he keeps working hard
Memphis Depay wore a red leather jacket and cowboy hat to Man United's reserve match