Nicola Sturgeon expects to make a press release on her Scottish independence plans in October – however doesn’t know what it will likely be.

The Scottish First Minister made the feedback following a gathering with Theresa Might in Edinburgh.

The SNP chief stated the half-hour bilateral talks with the Prime Minister did not allay her fears the UK is more and more risking a no-deal Brexit.

Questioned on what this implies for her pledge to replace MSPs on her Scottish independence plans in late 2018, she stated: “Presumably after we get to October I’ll give an replace. 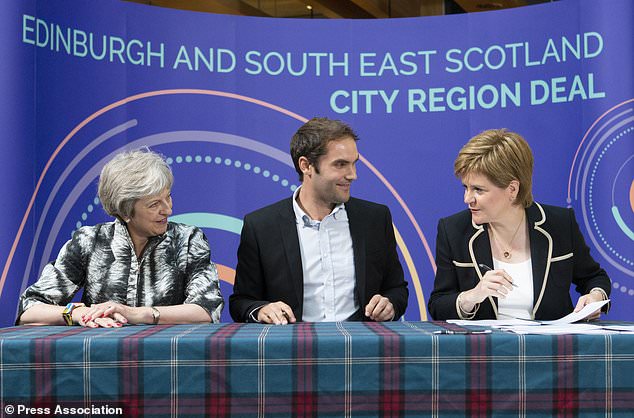 “What the content material of the replace can be, by definition, I don’t know proper now.”

The First Minister stated her focus is on avoiding a cliff edge Brexit in March.

Talking of the talks, she stated: “My concern in regards to the rising prospect of a no deal Brexit definitely wasn’t allayed in that assembly.

“We mentioned clearly the place across the Chequers settlement. The Prime Minister’s place continues to be that she thinks Chequers is the idea of an settlement on the longer term relationship, however that everyone else thinks that it’s not.

She stated there was “no clear sense” of a plan B on this scenario, “simply an insistence that scenario received’t come up”.

She stated the Prime Minister agreed for the necessity for an in depth assertion in October on the longer term relationship with the EU.

The First Minister stated in addition they mentioned the asylum seeker eviction plans in Glasgow.

'There was contraband': Australian Survivor winner Shane Gould on what went on behind the scenes
Net-a-Porter founder Dame Natalie Massenet reveals the high-tech £430 face mask she uses every day
Steampunks descend on a sleepy Yorkshire town
Vegan demonstrators form human chain around the meat aisle of Waitrose
A quarter of staff laid off by the NHS at a cost of £2billion are re-hired
Creepy targeted ads are coming to supermarkets
Peppa Pig called out by London Fire Brigade for sexism
Shopper, 20, claims she was 'fat shamed' and left in floods of tears